America was geographically very near to Cuba. Trade was an important link. Steam power was introduced in 1819 and transformed sugar production. Coastwise steamship service arrived in the same year. By 1842 there were six vessels operating along both coasts of Cuba.

The railroad arrived during the 1830s and entered the key sugar zones. The telegraph was introduced in 1851, only five years after its debut in America. Submarine cable connected Havana with Key West in 1867.

North American machinery poured into Cuba. This meant it required the expertise of trained personnel to install, operate and service it. Steamship service was maintained by North American crews. As were the railways. Technicians and machinists operated and maintained the steam-powered machinery on the sugar estates. These men worked for the 4-5 months of the sugar harvest and then returned to the USA for the rest of the year.

Hundreds of merchant vessels crowded into Havana harbor, their masts forming a dense forest along the edge of the city.

Ten years later there were so many of them living in Cardenas that it was commonly described as “an American city.” Cardenas harbor was filled with ships, more than half of which belonged to Americans.

There was also a huge “floating” population of Americans in Cuba, who came for both business and pleasure. Cuba evoked the image of an earlier time for these travelers, who sought refuge in the quieter lifestyle.

Bars, brothels and bistros “American style” opened along both coasts. The change and technological advances, largely at the behest of the Creole plantation owners, left Spain out in the cold.

It became obvious that Spanish colonialism could not keep up with the rapid expansion taking place. This diminished its importance to Cuba. Spain was backward compared with the United States and just could not keep pace.

Cubans travelled north to study by the thousands

They were mostly the children of the Creole bourgeoisie. They went to school, from primary on up to college. Here they learned a new language and a new way of life, which they could not give up once they returned to the island. Many remained in America and took up a new life there.

Many of the most prominent members of the Cuban Independence Movement came from this community. It was also a dramatic change for criolla women to be educated in the United States and gain freedom of movement unknown to them in their own country.

Even the Yankee religions, Baptist, Congregationalist and Methodist, were introduced into Cuba. Their missionaries provided an array of social services and educational programs. It represented modernity and a break with the traditional Catholic church of Spain.

Baseball was introduced to Cuba during the 1860s by students returning home. It caught on like wild fire and the first professional team was formed in 1872. It came at a time when Cubans were keen to establish their independence from the colonial overlords.

The more their young saw of America, the more they longed to find their own way and make their own progress. After all, with the help and influence of America, Cuba was in most ways a modern place, far ahead of Spain in many aspects.

The Ten Years War was 1868-1878. Then The Little War came from 1878-1879. And finally the War of Independence 1895-1898. Any Cuban thought to have participated or aided in these wars had his properties seized by the Spanish. Many families were ruined.

By 1884 only a dozen of the island’s 1200 plantations were still solvent. In 1896 the Spanish troops carried out a “scorched earth” policy across rural Cuba. Peace came in 1898 but the country had been decimated. Hundreds of thousands had perished, more from disease and hunger than from actual battle wounds. Not a family was left on the island that was not affected, in mourning, or ruined.

But there had been a great depression, with hundreds of bank failures, in the United States during the 1890s. So thousands of Americans flocked to Cuba when they read that land was selling for a song.

By 1905 there were 13,000 Americans who had resettled in Cuba, and they set about reconstructing the entire island, putting in roads, bridges, waterworks, telephones, docks, warehouses, modern plumbing, etc.etc.

This in turn brought thousands more American engineers and labourers, and opened up American bars, bistros, clothing stores, pharmacies, bakeries and grocery stores. All of these firms hired American accountants and thus American accounting systems were introduced to the island and became the norm, as well as American business practices.

Things and ways North American spread across Cuba as never before. Much of what passed for Cuban, and from which national identity was derived, after 1898, came from North American influences. Consumption emerged simultaneously with the Republic as the context in which the concept of modern was articulated and affirmed.

The promise of the North American ethic, to which increasing numbers of Cubans ascribed, was contained in the notion that happiness was based on material well-being, which could be realized through hard work. The goal of young men became to be a “self-made man.”

Within a decade of the end of the war, Cuba was catapulted into modernity, thanks to importing ideas, architecture, education and products from America. Under North American auspices, Cuba was reborn modern.

The American military occupational government hired English-speaking Cubans to fill the job vacancies across the island. Many of the commercial houses also requested bi-lingual skills when placing their ads for new employees.

English language instruction schools proliferated. Many families placed ads for private instructors, wanting a better future for their children working for big American firms. And nowhere did demands reconfigure Cuban life as dramatically as in the tourism industry.

The First World War ended overseas travel for Americans, and Cuba was close at hand. Mass transportation, both by air, sea and railway, expanded and became cheaper. The middle class grew, and they had more money to spend. The Volstead Act of 1919 prohibited the sale of alcohol in America.

All of these and more, brought a huge increase in tourism to Cuba. And the Cuban tourism industry was driven by North American tastes and demands. By the 1920s about 7,000 bars operated in Havana. North Americans dominated key sectors of the tourist trade.

Cuba, and especially Havana, passed into song and fable and became equated with wild escapades, sexual freedom and romantic interludes in the American mind. It was the place to go when you wanted to indulge in all the things that were frowned upon back home. Prostitution, sex shows and live pornographic theatre flourished.

In the 1950s, Americans built many new hotels and, in conjunction with the Cuban government, opened casinos in them. By the late ‘50s, the mob had gained control of these. Meyer Lansky was the king pin, but many more mobsters had their piece of the pie.

Between the 1920s and the 1950s Cuban music was a pervasive force in the development of popular dancing in North America. This was the son music, which came from Oriente province around 1915, a combination of Spanish and African music. It was suppressed in Cuba for many decades as “underclass” and disgraceful, but nonetheless had a mass appeal. The rumba was a distinctly African dance, sexual and intoxicating.

Both of these musical forms would have never left the Cuban working classes were it not for being embraced by North American taste. By the 1930s, rumba classes took over 60% of all Arthur Murray Dance Class time. Then in the 1950s the mambo took hold of the American imagination and spread like wildfire.

Yet the success of Cuban music did not mean success for Cuban musicians. In most cases, North American bands and singers appropriated the music, made it in their own style, and collected all profits. Cuban culture bent to adapt to American demands in so many ways. “A tourist is a type who has become tired of civilization and seeks the primitive. To create the primitive where it does not exist is one of the ways to promote tourism.” So Cubans were informed.

Cuban communities were transformed into company towns by American corporations, managed and maintained as a function of North American interests. These interests proliferated across the island after independence. Within 25 years, America controlled more than half of all sugar production. These sugar plantations became self-contained American communities.

The American employees lived the good life in Yankee-style bungalows with all the latest amenities, while 80% of the work-force, the Cubans, lived in shanties. They had to buy American-made goods in the company store and celebrate all American holidays like their bosses.

There was a deep divide between the American and the Cuban employee. Many Cubans who had been educated in America came to work in their professions in the mill towns and they did not mix with ordinary Cubans, but rather with their “fellow American citizens.”

The screened porches came to symbolize all that was American. Cubans did not want to keep the air from their homes, and abided the flies and mosquitoes. Americans put up screens on every window and porch, thereby keeping out insects, but also keeping out prying eyes. So the use of screens came to represent a barrier as well as an essential difference in attitude and culture.

World War I and Cuba

First, it turned trade almost completely over to America as shipments ceased from the Continent. Next, it brought Hollywood movies to the fore, as European studios cut production.

By 1955, Cuba had over 550 movie theatres strung across the island. They were wildly popular. In many instances, the cinema was more comfortable than some of the desperate abodes where Cubans lived their lives. So the cinema experience was a physical escape and a psychological escape at the same time. Cubans embraced Hollywood with a passion.

This in turn led to a dramatic increase in sales of beauty products to achieve the “Hollywood ideal”. Women’s clothing changed dramatically, both in style and in what they wore. They wore less.

In 1950 Cuba became the first country in Latin America to broadcast television programming. Four broadcast companies dominated the airwaves. Along with the cinema, television proved to be fertile ground for the passing of American culture to the Cuban people. 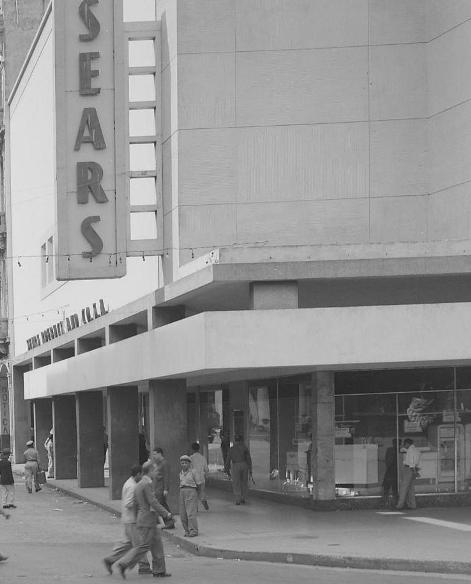 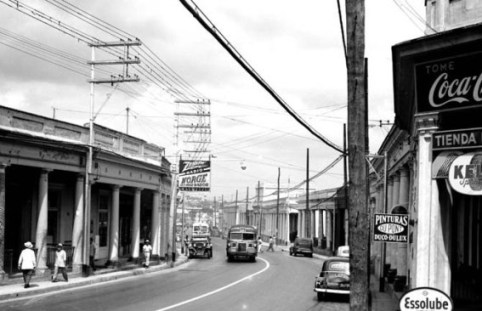 Trends in the United States quickly took hold on the island, and American culture permeated every part of everyday life. By the 1940s and 1950s, for example, popular fiction written by Cuban writers was displaced by translations of popular American novelists.

Movie theaters, skating rinks, amusement parks with their hot dogs and fast food stands. Even American “convenience foods” were adopted and it became hard to find traditional Cuban foods such as yucca and boniata and malanga.

And then in the 1950s it all caught up; salaries remained stagnant, prices of consumer goods and foods from America rose dramatically, and thousands of graduating professionals and even more laborers could not find work. At the same time, Batista overthrew the elected government and returned as dictator, aided and abetted by the United States.

Corruption was rife. The people became desperate. They looked to a man named Fidel Castro to get them out of the crisis. 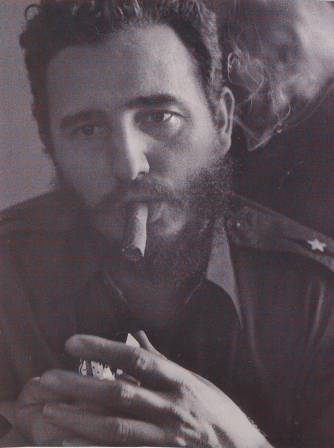 The Cuban missile crisis NEXT > Return from Cuba-US History to Home Page
FacebookTwitterPinterestTumblrRedditWhatsApp
[?]Subscribe To This Site
Welcome to Havana