Meyer Lansky and the Havana Mob

Meyer Lansky was the kingpin who brought the other mobsters to Cuba to form the Havana Mob.

Half a century ago, a tempest swept across the city of Havana. Unlike the tropical squalls that form in the Gulf of Mexico and assault the city from the north, what happened in the decades of the late 1940s and 1950s was initiated from within the country’s political and economic structure.

Large hotel-casinos, nightclubs, tourist resorts, tunnels and highways were constructed in a whirlwind of activity. Neon, glitter, the mambo, and sex became the hallmarks of a thriving tourist business.

The allure of organized gambling, along with fabulous nightclub floor shows and beautiful women, brought an influx of money into the city. 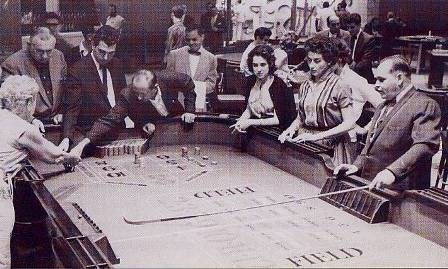 The flash, ample flesh, and entertainment venues in Havana were the most obvious manifestations of the gathering storm. The gaudy gambling emporiums, racetracks, and back-door sex shows brought in the tourists and created a veneer of prosperity, but the true force behind the maelstrom was bicoastal in nature.

The fabulous nightlife was a lure used by the Cuban government to attract foreign investors, mostly from the United States.

Foreign capital washed over the island

The country’s most precious resources – sugar, oil, forestry, agriculture, refineries, financial institutions and public utilities – were all up for sale.

Throughout the post-World War II years and into the 1950s, direct U.S. business investments in Cuba grew from $142 million to $952 million by the end of the decade.

Cuba, roughly the size of the state of Tennessee, ranked in third place among the nations of the world receiving U.S. investments.

To those who cared to look below the surface, it was apparent that Cuba’s startling economic windfall was not being used to meet the needs of the people but rather to pad the private bank accounts and pocketbooks of a powerful group of corrupt politicians and American “investors”.

It is a historical fact – and also a subject of considerable folklore in Cuba and the United States – that the Havana Mob comprised some of the most notorious underworld figures of their day. 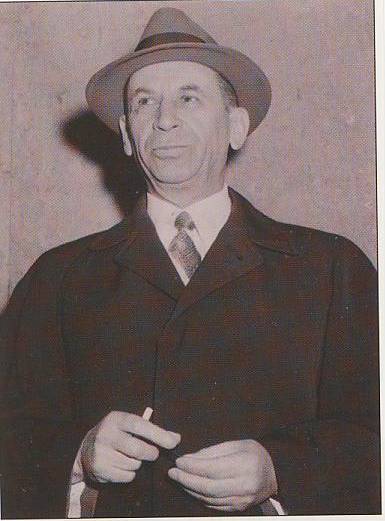 Meyer Lansky (left), Charles “Lucky” Luciano, Santo Trafficante, Albert Anastasia, and other gangsters who came to Havana starting in the 1930s were men who had honed their craft and amassed or inherited their wealth during the “glory days” of Prohibition in the United States. These mobsters had always dreamed of one day controlling their own country, a place where they could provide gambling, narcotics, booze, prostitution and other forms of vice free from government or law enforcement intrusion.

The money that flowed from huge hotel-casinos was used to construct nightclubs that attracted major performers, Cuban, American and European. A fabulous epoch was created – perhaps the most organic and exotic entertainment era in the history of organized crime. 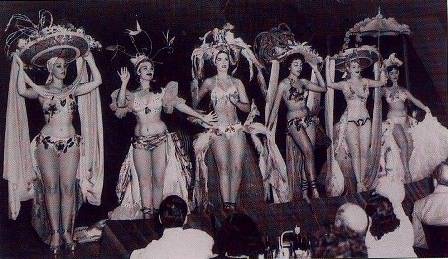 Elaborate floor shows at places like the world-famous Tropicana nightclub set the standard for generations to come. Smaller cabarets allowed patrons to get closer to the dancers, who were scantily clad, voluptuous and sometimes obtainable. Varying levels of burlesque clubs and bordellos were sprinkled throughout the city.

Havana had always been a place of great music, but in the era of the Havana Mob a generation of musicians found their voice. In the late 1940s, arranger Damaso Perez Prado and his band, along with other renowned orchestras, created a craze called “the mambo.”

The mambo was both a type of music and a dance, a sensual transaction between two people engaged in mutual seduction. The mambo was the unofficial dance of the Havana Mob, and the sultry Latin rhythms that inspired the phenomenon were to underscore the entire era. 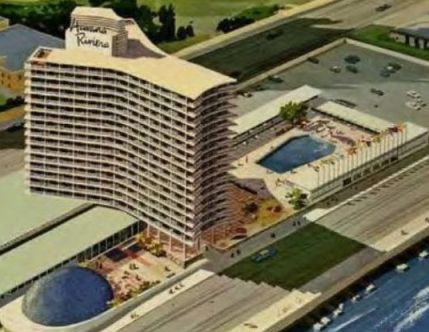 The Riviera Hotel in Havana 1957

The legacy of these years has entered the realm of legend. In modern-day Havana the remnants are everywhere. The gambling casinos are long gone, but many of the old hotels, like the Riviera, Capri and the Habana Libre, are still in existence. Some are ragged and faded, others shining monuments to the past.

At the exquisite Hotel Nacional, where Luciano and Lansky once lived and held secret Mob conferences there is a special room off the lobby called the Salon de la Historia. Its walls are adorned with life-sized murals of gangsters intermingled with celebrities and movie stars.


At the Hotel Sevilla framed black-and-white photos of the mobsters who once operated there line the walls of the Roof Garden alongside the panoramic view of the Malecon, the ocean, and beyond.

There has been a great deal of myth about the era. It is impossible to understand the present-day stand-off between the governments of Cuba and the United States without first knowing the details of this era.

Excerpted from the book Havana Nocturne by T.J. English. It constitutes the first nonfiction, English-language attempt to tell the full story of the Mob’s infiltration of Havana.

If you want more details about this era...
Carlos Eire's memoir of his childhood in 1950s Havana and exile to America, Waiting for Snow in Havana, explodes off the page with the sights, sounds and feel of the tropics. It brings the city of Havana to life during the era of the Havana Mob and Batista’s rule. It gives a personal look at a crucial period of Cuban, and world, history.

Return from Meyer Lansky and the Mob to Home Page