The Cuban cigar is the undisputed king of cigars. It is known as the habano or the puro.

The vast majority are still rolled by hand. 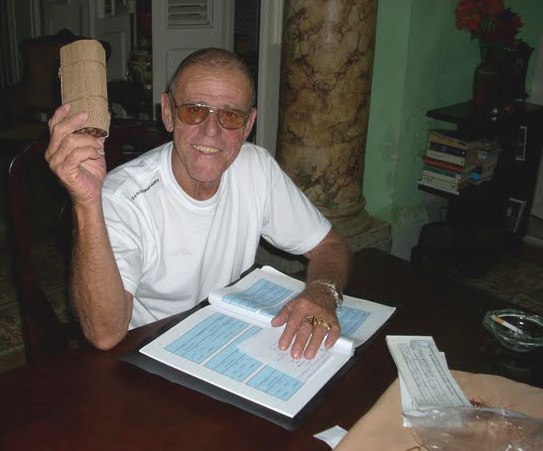 Cuba--a country of only 11 million people--manages to suck back and enjoy more than 200 million cigars every year.

They export another 150 million to every corner of the globe, except the United States, where they are banned.

Columbus introduced both tobacco and the cigar
to Spanish society

The town of Seville in Spain rolled its own cigars using Cuban tobacco, until demand for a better quality turned the tide for Cuba to export their own product. You could say that Cuba’s early economic success became dependent on tobacco.

Tobacco farmers in Cuba today enjoy the fruits of their labor

Sailors from many nations stopped at ports in Cuba and took up the cigar habit. Within one hundred years, the industry boomed and there were 1,200 factories throughout the country.

America soon had its own thriving cigar businesses, but the Cuban cigar was still regarded as supreme.

In 1830 H. Upmann introduced the cedar box and this caught on. Today, you will find each brand and size of cigar in its own distinctive box.

There were 1,000 different brands in Cuba before the Revolution in 1959. Today there are about thirty-five. Many factory owners fled to places like the Dominican Republic and Mexico, where they set up again.

Partagas cigar factory is NEXT >

Return from The Cuban Cigar to Home Page